Tim Garland || A Spotlight Interview with the New Captain! 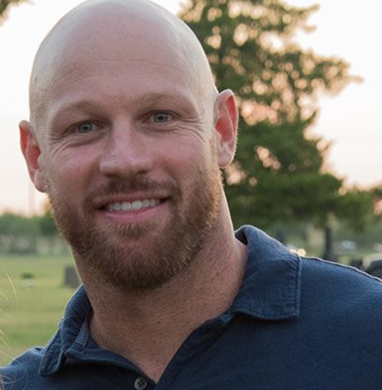 We are excited and proud to introduce to you the new owner of CrossFit Austin! Tim Garland has been a coach at CFA for the last 4 years, making this place and this community his home and family. We asked him to answer a few questions so that you can learn a little more about him and his background as he steps in to fill a much larger role here. Please join us in welcoming and congratulating Tim as the new leader of our crew!

When and how did you get started in an active lifestyle?
Oh man…taking it back to the beginning. My brother and I were always the kids that were playing outside and getting dirty. Anything and everything from riding bikes and building forts to hide-and-go-seek, kick-the-can, and king-of-the-mountain with the neighborhood kids. My first year of organized activity consisted of gymnastics and soccer. Soon after, it was baseball in the summer and basketball winter..between spring and fall soccer seasons.

When did CrossFit come into your life? Tell us about your first day.
My first day of CrossFit was back in the fall of 2008 and was actually a fundraiser/competition on top of Whole Foods in downtown Austin. CrossFit was still something that seemed so underground. I had never taken a CrossFit class, but was versed in the movements for that day. It was the day after my birthday and I had a few buddies in town to celebrate. Let’s just say I wasn’t at my best, but decided to I’d go give it what I had…it was a fight…..Fight Gone Bad to be exact. I still vividly remember the feeling I had when I heard my first….3,2,1…GO! The workout itself was a blur, but I remember laying on the ground after time was called and thinking “282, is that any good?”

Tell us a little about your background. Why did you decide to become a coach/trainer?
It was something that has always seemed so natural for me, combining movement with patience and understanding of individuals. I began working out regularly in the mid-90’s with my buddy and his dad and haven’t looked back since. I used to read anything I could get my hands on, from Men’s Health to Muscle & Fitness. My senior year in high school, I jumped at the opportunity to take Anatomy & Physiology as an elective and realized that learning about the body was something that I was drawn to, not just the “muscle stuff”.  In high school, I went through two different bouts of physical therapy due to a shoulder injury sustained in football. Those experiences led me to declare Health and Sports Sciences w/ a pre-physical therapy emphasis as a major my freshman year at OU (Boomer Sooner!). I played club sports (soccer, rugby) before becoming a part of the sports medicine team my junior year. As part of the Sports Med team, whether in the training room doing low-level treatments or out on the practice fields, I continued to build on the foundation of what I was learning in the classroom by applying and practicing that knowledge on the field. In 2005, I received my first Certified Personal Training certification and began working with clients. Several years later, in 2009, I completed my degree requirements for Exercise and Sports Sciences with a minor in Business Administration at Texas State University. That same year, I took an opportunity as a strength and conditioning coach for Texas State’s women’s club soccer team. Through a series of events, the head coach left and I (along with one of my best friends, Ben Weatherford, DPT)  took over as co-head coach. The ladies were phenomenal, making it all the way to the NIRSA National Semi-Finals, where we lost a tough game to Penn State. I worked briefly in San Antonio at a gym called Elite Athletics, before beginning to coach CrossFit in 2012. A buddy from college, that took me to my first CrossFit competition 4 years earlier, had opened up a gym and I hopped on board with him. I coached there a few years before making my way up to CrossFit Austin.

How do you use your fitness outside of the gym?
I enjoy pretty much anything outside. Hiking, kayaking, golf, soccer, swimming. You name it, I’m more than likely down to play!

Tell us something we don’t know about you. Any special talents or hobbies?
Ah…special talents that most folks don’t know….when I have the time to commit, I enjoy drawing portraits….but it takes me a while, so I don’t practice as often as I’d like to!

Something else I enjoy is skydiving. So far I’ve made 5 jumps, with the first two being the scariest. My first jump was in 2002. A guy I met while living in the dorms at OU had an uncle that worked at a skydive joint and he gave us a nice little discount. We took a 6 hour class on equipment, jump/landing technique and how to cut away and redeploy the first parachute should something happen. Not sure if this is still legal, but it was at that time…in Oklahoma at least. After that class, we flew up a few thousand feet and got to jump….solo! The scariest part of it all, was climbing out of the plane to hang from the strut of the wing. I was thinking, “we’re several thousand feet up, and flying a hundred miles an hour….my feet are going to fly behind my like Superman when I hang there”. To my surprise, so much so that I almost let go….my feet just dangled under me as if I were 5 feet off the ground hanging from the playground monkey bars!

What is your philosophy as a leader?
While philosophy can be extremely in depth, here are a few nuggets that have stuck with me over the years.

1) Leaders lead from the front… and eat last.

2) Create and establish a clear vision for folks to follow, so they know the path they are taking.

3) Be prepared to change course if you realize that something isn’t working as it should.

4) Listen to your crew, take opinions and advice into account, be humble open and honest…and go with your gut at the end of the day.

Leave the fine folks of CFA with some parting words.
I’m extremely grateful for the foundation that has been put in place over the last decade, and am thankful to have been a part of that for the last 4 years here at CFA. I look forward to deepening the relationships with the community at CrossFit Austin, and want to continue to expand the offerings and potential of both our individual members of our community and our gym as a whole! We’ve got some exciting concepts in the works, so bring the energy and we’ll take care of the rest. Here’s to year number 10 for CFA. Let’s make it our greatest year yet!

Get to know more about Tim and the rest of the team!