We’re excited to announce that we will be offering a Free Weightlifting Class with Coach Dylan Wall in August!

The class will revolve around the specific building of strength and technique in the Snatch, and Clean & Jerk.

He started lifting and competing at the age of 10 in the sport of Olympic Weightlifting under the tutelage of  USA Senior International coach Tim Swords. By the age of 13 Dylan was competing at the national level and gained his USAW Level 1 coaching certification. Since then he’s had the opportunity to coach many athletes at local and national level competitions. In 2012 Dylan received an internship opportunity with the Olympic sport strength and conditioning program at Texas State University under Leo Seitz. He’s now currently the head Graduate Assistant for the Strength and Conditioning program under coach Seitz,  and is pursuing his degree in exercise and sport science.

We are 1 week away from our Night of Champions competition! As promised, below are the WODs we’ll see next Friday! Rx and Scaled weights listed below. Get yourself a partner and get registered! Remember, only 1 team member must register through the online system ($50 per team). We’ll email you to get your partner’s name and which division you’ll be competing in. Are you ready for The Open?? We all have a rabbit to chase when it comes to The CrossFit Open and if yours is gymnastics then we have a clinic for you! Join us on Saturday, January 28th for 3 hours of gymnastics skills with Coach David Henderson. He’ll be covering a variety of skills that have been present in past Open WODs like toes to bar, pull ups (kipping, butterfly, chest to bar), muscle ups (bar and ring), handstand work, etc..!

Hosted by CrossFit Austin, this year’s Iron Bromance is an Olympic style weightlifting based competition for those who love the barbell. It’s the only barbell competition intended to test both the strength and muscular endurance capacities of an athlete. Brought to you by Texas Barbell and Weightlifting Wise you KNOW there will be lots of heavy lifting combined with follow up barbell challenges.

Women’s Lightweight – 135 lbs and under

Women’s Heavyweight – 166 lbs and over

Men’s Lightweight- 175 lbs and under

The Events: There will be 3 workouts, one for each of the major Olympic weightlifting style movements: Snatch, Clean, and Jerk. Each heavy lifting event will be coupled with a barbell challenge which serves as a muscular endurance test.

Workout 1: Each athlete will be given 8 minutes to find a 1RM in the snatch. ANY snatch variation is acceptable. The movement must be completed within the 8×8 perimeter marked off. The athlete will have a 2 minute rest in which time he/she must load their bar to 50% of the max snatch they just achieved. The athlete will then be signaled to start part 2 of the first workout. The athlete must take the bar from the ground to overhead and the perform as many overhead squats in the 1 minute time allowed for the challenge.

Workout 2: Each athlete will be given 8 minutes to find a 1RM in the clean. ANY clean variation is acceptable. The movement must be completed within the 8×8 perimeter marked off. The athlete will have a 2 minute rest. The athlete will then be signaled to start part 2 of the second workout which is max reps deadlifts in 30 seconds performed with the 1 rep max clean just achieved.

Workout 3: Each athlete will be given 8 minutes to find a 1RM in the jerk from the rack. ANY jerk variation is acceptable. The movement must be completed within the 8×8 perimeter marked off. The athlete will have a 2 minute rest in which time he/she must load their bar to 50% of the max jerk they just achieved. The athlete will then be signaled to start part 2 of the third workout. The athlete must take the bar from the ground to the chest and the perform as many push presses or presses from the chest in the 1 minute time allowed for the challenge.

Who wins? The person who lifts the most total tonnage all events combined. There will be a cash award for the winner of each of three weight class categories for each gender.

There will additionally be prizes for the strength tests portions as well as the muscular endurance portions. Part 2: Meet us at Texas Keeper Cider where the real party starts! We’ll meet at 11:00 am for drinks, food, & CFA awards {Bitter Burpee awards & Push Up Man and Woman of the Year!}

Bust out your favorite holiday duds {or} tacky holiday outfit to WOD in and let’s have a Holly Jolly Holiday Party!

THE 2016 REEBOK BOX CRAWL is coming to CrossFit Austin! Make sure you come to class on Wednesday, November 9th to get in on the fun!

Reebok will be bringing a full Nano 6 try on experience where you will be able to try on the Nano 6 for your workout, a fully stocked Reebok Recovery Bar that is loaded with Progenex, Kill Cliff, Goat Tape, WOD Repair Lotion, Vita Coco, Caveman Coffee, and much more as well as a Reebok Survival Outpost packed with body wipes, hair ties, and plastic bags for your dirty gym clothes…you know, all the must haves!

They’ll be hanging out with us all day so be sure to reserve your spot in class!

CrossFit Austin will be holding a fundraising event to help raise money for Barbells for Boobs! Join us on Saturday, October 29th where we will complete “Grace,” the official Barbells for Boobs workout, during the regular 9 & 10 am classes. We have created a CrossFit Austin Fundraising team where you can make a donation or join our team and help us fund raise to meet our goal!

Where does my donation go?
All fundraising efforts support much needed detection services in local communities across the country. Remember that the funds raised to support Barbells for Boobs mission are vital to those who may not have the means or access to critical detection services.

Here’s how you can help:
Make a donation of any amount on our fundraising team page or an individual team members page. For every $80 raised, ONE more person will know if they are living with breast cancer.

Additionally, you can spread the word and help us reach our goal by sharing this page on Facebook, Instagram and Twitter. Or even better, send an email to friends you think might be interested in contributing and include a link to our page.

Together, with one unified voice we can make a difference.

Together we can help. Because… Everyone Has a RIGHT to Know.

Stick around after the classes for a Halloween Celebration! Last year our “Boo”runch was AWESOME. If you missed it, Wes made pancakes while wearing a hotdog suit and it was the best thing ever. Wear your costumes for the WOD and stick around after for a brunch feast and mimosas! 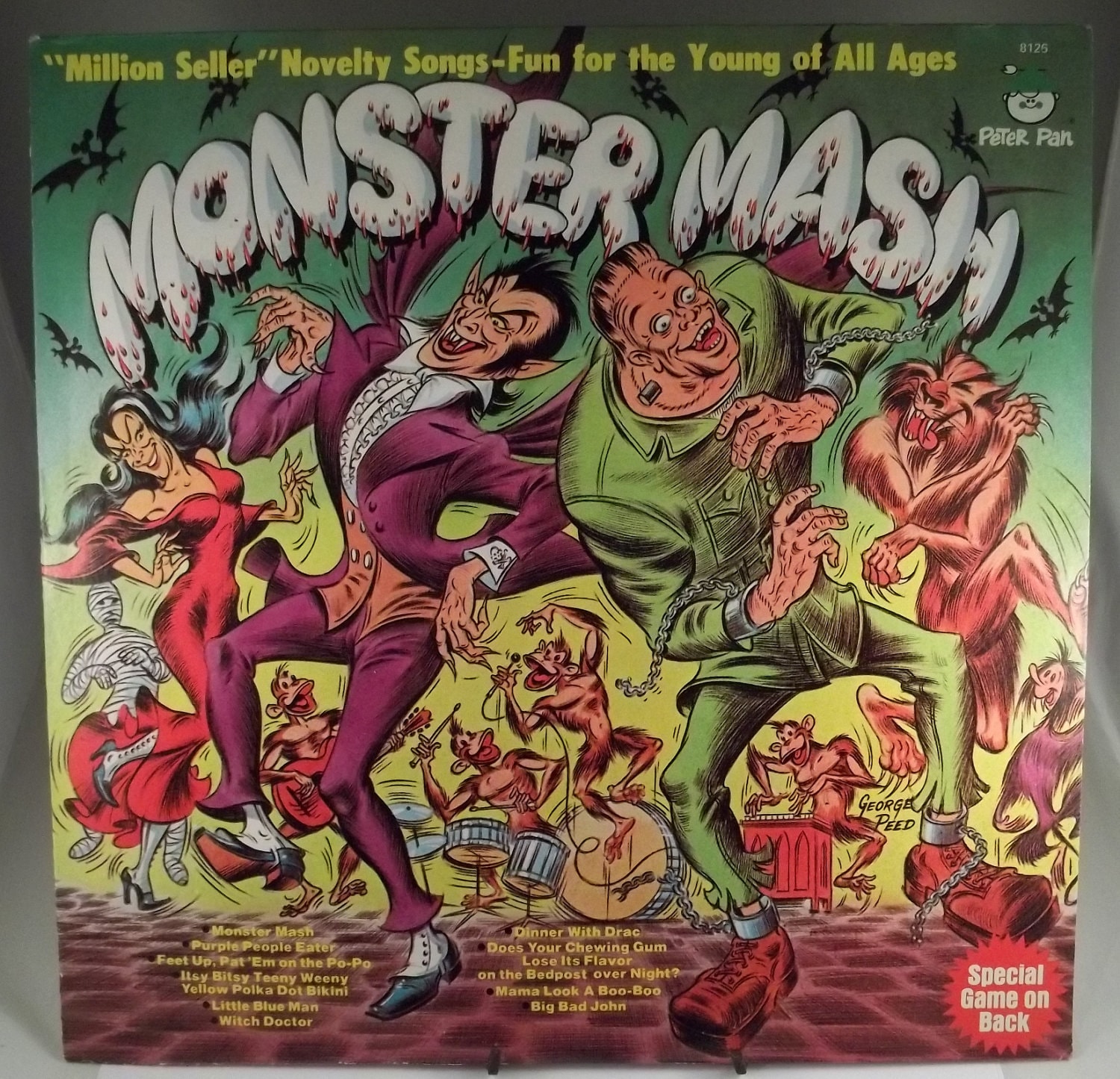 #SummerAtCFA hashtag for a chance to win 1 of 3 totally awesome prizes.

*Hint* a FREE (yes, totally no joke free) membership for the month of August is on the books We are excited to introduce the second session of our Expert Series! Each month we offer The Expert Series we will host a guest coach who is the best of the best in their field of expertise. Our subject matter experts will offer a specialized class for the month. Primarily we will focus on the sports that are featured in CrossFit training such as Olympic weightlifting, gymnastics, powerlifting, running, rowing, etc…

CrossFit Austin is proud to welcome Ursula Garza Papandrea as our Expert Series guest coach this July. Ursula is widely regarded as one of the absolute best Olympic Weightlifting coaches in the United States. She’s one of only 25 coaches designated as Level 5 Senior International Coach by USAW. This is the highest designation a coach can receive from USAW. Most recently Ursula guided her men’s Weightlifting team to the 2014 National Championship.

Price:
$75/session or $200 for all 3 sessions (limited to 12 athletes / session)
**Contact info@crossfitaustin.com regarding the 3-session discounted price**

Experience Level:
This is an Intermediate to advanced course. Athletes should have at the very least a year of experience utilizing the snatch and clean & jerk consistently in their training program. This is not a beginners course, athletes should have a strong understanding of the two classic lifts (Snatch and Clean & jerk) and also be familiar with accessory lifts such as the back squat, front squat, push press, pulls, etc. If you have any question as to whether you’re prepared to take the class please contact us at info@crossfitaustin.com.

Pre registration:
Wednesday, July 6 & Thursday, July 7 (This will be for CrossFit Austin members and coaches only)

Ursula has extensive national and international experience in competitive weightlifting as an athlete since 1987. She’s a Two-time senior national champion, two-time Olympic Festival champion, 5 time world team member (1992-1996), and former record holder in both snatch (master’s) and clean and jerk.

She earned a Bachelor’s Degree in Exercise and Sports Science, and a Master’s Degree in Political Science and has had a career as a Professor at Austin Community College since 1994. In 2009 she competed again, winning Master’s National Championships(best lifter award) and again in 2010. She is CrossFit Level 1 certified and have been part of the CrossFit Olympic Lifting Certification Staff since 2009. She also instructs the USAW Level 1 Sports Performance courses.

It is so exciting for us to see so many of our folks getting out into the community to compete! We had a handful of folks get out and compete in June and we couldn’t be more proud. Great job on all your accomplishments CFA! Keep up the great work!

And congrats to everyone who participated in our 4th of July Murph Event!!

If we missed anyone please be sure to shoot us a message. If you have an event coming up in April, let us know!
Contact info@crossfitaustin.com with your competition details!