Beyond The Bar Podcast Episode 7 – Q&A

Today Wes and Aaron dive into some fantastic questions from our Monday evening clients. Topics including a definitive statement regarding the use of bicep curls in a training program. Causes and potential fixes for patella femoral pain.  A look into the benefits of submaximal training efforts, and finally a discussion on goal setting and motivation. If you have questions for the podcast feel free to email them into info@crossfitaustin.com or post in the comments. Enjoy!

“Only a man who knows what it is like to be defeated can reach down to the bottom of his soul and come up with the extra ounce of power it takes to win when the match is even.” – Muhammad Ali 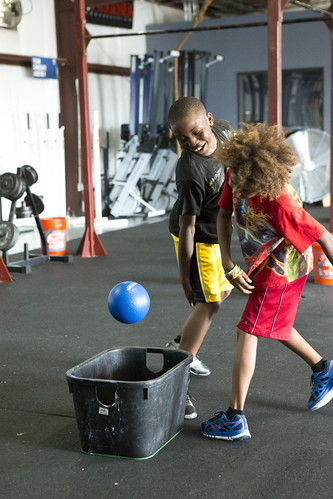 “Life is like a hamstring…you’ve got to load it before you push through it.” -Leigh LeGare All Levels
3 Rounds
800 M Run
25 Step-ups/leg
25 Back Squats @ 135 lb, 95 lb
25 DB Push Press @ 35 lb, 20 lb
*Partners must stay together the whole workout (including run)
*Partners complete reps in any order, athletes can’t move on to new exercise until both partners are finished with current exercise
*one barbell, box, and set of DBs per team “The harder you work, the harder it is to surrender.” – Vince Lombardi

Beyond The Bar is Now On iTunes!

“One man can be a crucial ingredient on a team, but one man cannot make a team.” – Kareem Abdul-Jabbar 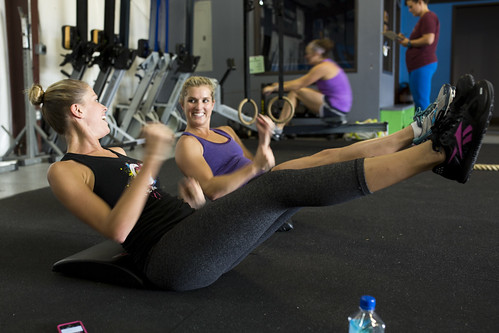 Beyond The Bar PodCast Episode 6 – Mudz

Today we welcome Mahdi Te Heuheu aka “Mudz” to CrossFit Austin! Mudz is visiting CFA from his home in New Zealand, and will be hanging out for the next 2 weeks. Mudz finished the Australian Regional of the CrossFit Games in 7th place and has been working with CFA Director of Training Aaron Davis for the past year.  In this episode we get a closer look of the evolution, and work ethic of one of the fittest Kiwi’s on the planet! This clinic is based around providing athletes with elite technical training and progressions revolving around both gymnastics and weight training.  Both Durante and Vaughn have many years of experience under their belts on both the competitive and coaching sides of their sports.  Emphasis will also be put on the overlap between both sports to show athletes how one can help the other develop properly.  By the end of the clinic, athletes will have an extensive new repertoire of exercises and drills that they can take home to their own gyms to help train properly.

 David Durante is a multiple time USA gymnastics national champion and was part of the 2008 Beijing Olympic Team as alternate. After retiring from competition, David helped coach his alma mater, Stanford University, to an NCAA Team Title in 2009 and has continued to be a part of the sport through his position on the Athlete Advisory Committee with the United States Olympic Committee. He is also the lead global gymnastics expert for adidas gymnastics.
 He started crossfit after retiring from competition after the 2008 Olympic Games. He continued to get more involved in crossfit over the past couple years and is now a gymnastics coach at CrossFit LIC in NYC.

   Chad Vaughn is a renowned Olympic Weightlifter. He is a 2 time Olympian, 8-time National Champion, 2003 Pan American Games Gold Medalist, and the American Record Holder in the Clean and Jerk.
Chad Vaughn
  With more than 15 years of developing and applying elite training programs, Chad has shared this knowledge with athletes of all levels throughout the world over the past three and a half years; mostly within the CrossFit community, through weekly weightlifting classes, seminars, and online coaching. Coach Chad also has had the privilege of assisting the Again Faster Competition team as a guest coach and has also written for the CrossFit Journal and continues to have more content in the works.

Beyond The Bar Podcast Episode 5 – Building a Base

In today’s Beyond the Bar podcast Aaron and Wes discuss the importance of “building a base” in the sport of CrossFit, and in general fitness. The guys discuss a theoretical continuum of movement quality, strength, and aerobic capacity as ideal stepping stones for an athlete.

Program note: Many of you have asked if our Podcast is on iTunes.  We are currently in the process and hope to have it done by our next Podcast. Stay tuned!